The History Behind Our Holiday Traditions!

Hi Friends! Christmas is approaching and all your gifts are probably bought and wrapped, dinner menu made and tablescapes planned.  I thought it might be fun to read about the History of some of our most familiar Holiday traditions and provide you with a bit of dinner conversation. 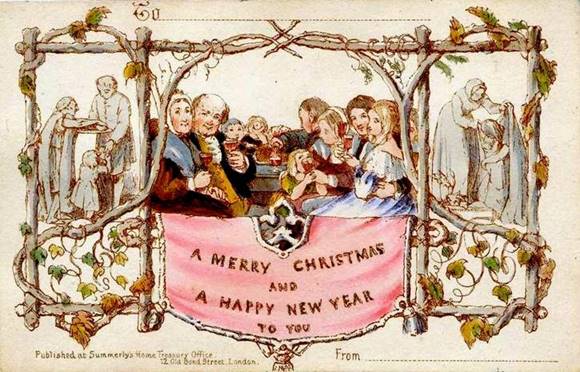 Back in the day people wrote handwritten letters to all of their friends, colleagues and family members wishing them a Merry Christmas.  Henry Cole, stressed that he couldn’t find the time, hired friend and artist John Horsley to design one card that could be sent to many and only required his signature. In 1843 things were printed in black and white and then colored by hand, so this was an expensive process.  Left over cards were sold for one shilling each which was roughly a day’s wage for a laborer. Sending Christmas cards became affordable by 1880  and over 11 million Christmas cards were printed that year. The introduction of penny postage increased sales as years went on.  In 2001, one of the original cards was sold at auction for 22,500 pounds. 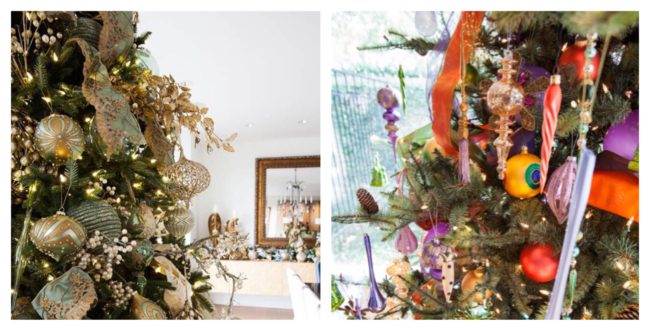 One night Martin Luther a 16th century German minister looked up through some fir tree branches to see the stars at night. Wanting to share that beauty with his family, he cut one down, brought in into the house, and lit it with candle filled branches as a remembrance of Jesus who left the starts of heaven to spend Christmas on earth. Before the introduction of glass ornaments the early Christmas Trees were decorated with edible items.  Christmas Trees became a tradition in England in 1841, when Prince Albert (Queen Victoria’s German husband) brought a tree to Windsor Castle. A drawing of “The Queen’s Christmas tree at Windsor Castle” was published in the Illustrated London News which made the tradition fashionable both in the UK and USA. These beautifully trimmed out trees are from Regina Gust Luxe Seasonal and Floral Décor. 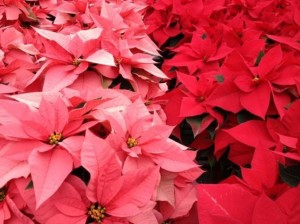 There is a Mexican legend about a poor girl name Pepita who wanted to give Jesus a gift on Christmas.  Not having any money, she picked a handful of weeds as a gift for Jesus and laid them in front of the nativity scene. They burst into beautiful flowers which all that saw proclaimed was a miracle.  Joel Roberts Poinsett who was the first ambassador from the USA to Mexico in 1825, saw these flowers known as “flowers of the Holy Night” and shipped them back to South Carolina where he began giving them as gifts and shipping them to botanical gardens. In the 1900’s they began being sold as whole plants rather than cut flowers by the Ecke family from California who is still the main producer of the plants in the USA. 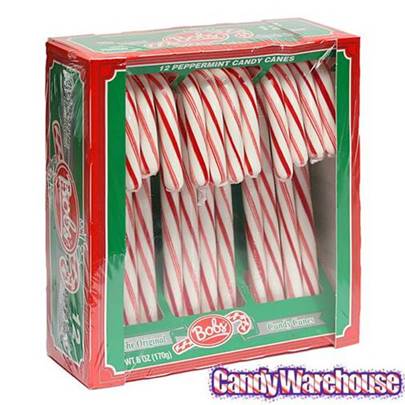 Although candy canes have been in existence for over 300 years it wasn’t until the 17th century that Europeans started adopting them as part of Christmas celebrations. In 1680 a choirmaster in Germany bent the sticks to represent a shepherd’s staff. They were handed out to all the children during Christmas services as a reward for good behavior. In the 1900’s they earned their red stripes and peppermint flavoring was added. The  above Bobs candies were the first to invent a machine that would bend the canes into to their J form.

The Christmas Elf on a Shelf:

Although elves were a bit scary as portrayed in medieval times, they became the adorable little Santa’s helper with the works of art portraying them in a friendly way.  Who doesn’t love  “The Night Before Christmas” , “Santa’s Workshop”  by Disney, and “Rudolph the Red-Nosed Reindeer” where the star was a dentist Elf.  The latest twist on elf magic, Elf on the Shelf, put elves in the forefront as Santa’s trusted informants. When Carol Aebersold and her Daughter Chandra Bell, went to editors asking them to publish this book of their own family tradition they were turned down every step of the way. They published the books themselves and went door to door telling others about it one by one. 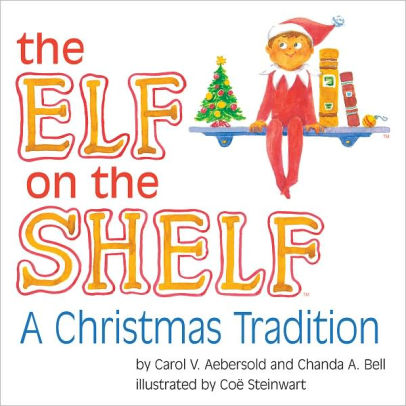 “Each night while you’re sleeping to Santa I’ll fly,” the “Elf on the Shelf” book says. “I’ll tell him if you have been good or bad. The news of the day makes him happy or sad… I’ll be back at your home before you awake, and then you must find the new spot I will take.”

I loved having this little guy around for our pre-Christmas fun.  What a great gift for any little one!!

Europe seems to be the instigator of so many holiday traditions!! Christmas crackers were first made about 1850 by Tom Smith a London confectionary. He loved the wrappers for the French “bon bon” sweets and had thought to incorporate a note or toy inside would be a great idea.  It wasn’t till he heard a crackling noise from his fireplace one night that he put the whole concept together!! Swantex is still one of the largest distributors of these festive holiday accessories!!

A holiday celebrated mainly in Australia, Canada and Europe the day after Christmas.  People who worked Christmas were given the day after off and presented a Christmas Box from their employers, as gratitude for their service.  Churches also collect money for the poor and distribute to families in need on the 26th.

I hope you all have such a special holiday season weather you celebrate Christmas, Hanukah, Kwanzaa!  We all at Segreto send you our warmest wishes and unwavering gratefulness for all the support you share with me all through the year!!