The Jack-O-Lantern: Then and Now!

Hi Friends!!  Before we start today I wanted to give you my warmest gratitude for all of your support.  Last week in London Amara Interior Blog Awards announced the winning blogs in different categories. The way it works is that first blogs were nominated, then all of you voted (THANK YOU!) for your favorites in each category to form the short list!  A panel of prestigious judges researched the chosen blogs and  picked their favorite! And the winner for the Best US Interior Blog is…………..

I honestly was shocked and was so sad I couldn’t go in person to be a part of the event and meet all the other amazing participants and bloggers!!  I definitely was there in spirit! To see the full Amara Awards Ceremony click here.  To see a list of the winners click here.  I have looked at  all of their blogs and have picked up some great new inspirational reads! Again, I am so blessed to have all of you!!

A Now For Halloween!

As far back as 1663, the term,”jack-o’-lantern”, meant a man with a lantern, or a night watchman. Just a decade or so later, it began to be used to refer to the mysterious lights sometimes seen at night over bogs, swamps, and marshes. These ghost lights—variously called jack-o’-lanterns, hinkypunks, hobby lanterns, corpse candles, fairy lights, will-o’-the-wisps, and fool’s fire—are created when gases from decomposing plant matter ignite as they come into contact with electricity or heat or as they oxidize. For centuries before this scientific explanation was known, people told stories to explain the mysterious lights. In Ireland, dating as far back as the 1500s, those stories often revolved around a guy named Jack. There are many stories about the legend of Stingy Jack. Here is one of the most popular!

This made me curious about the evolution of the jack-o’-lantern and I thought it would be fun to see the “then” and “now”!

Did you know that the first vegetables to be carved weren’t pumpkins? 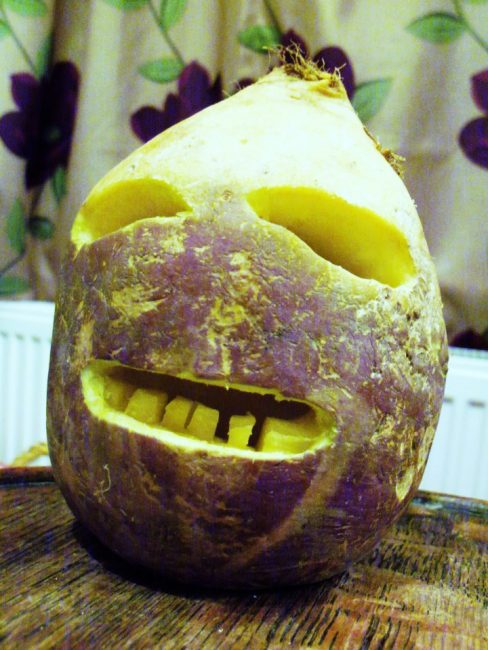 They were turnips, beets, potatoes, and gourds!! They were stuffed with coal, wood embers or candles as impromtu lanterns. As a prank, kids would carry these glowing vegetables to make their friends think they were Stingy Jack or another lost soul! 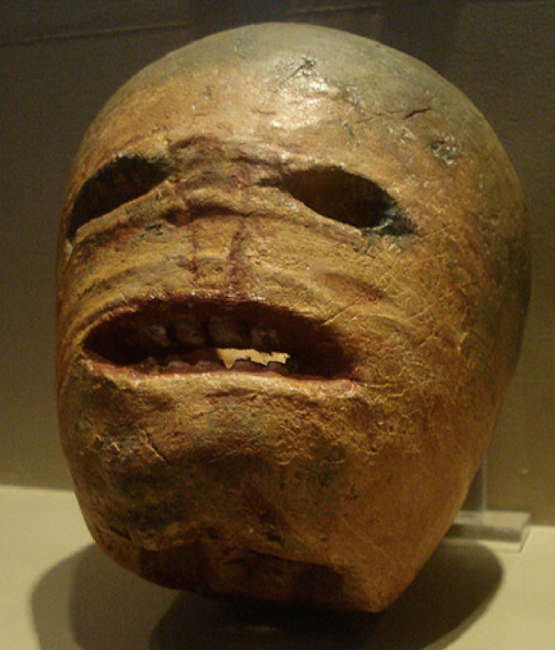 People began placing their own versions of such lanterns in windows or near doors to frighten away Stingy Jack and other wandering evil spirits. It’s a good thing this creepy guy is in a museum in Ireland! 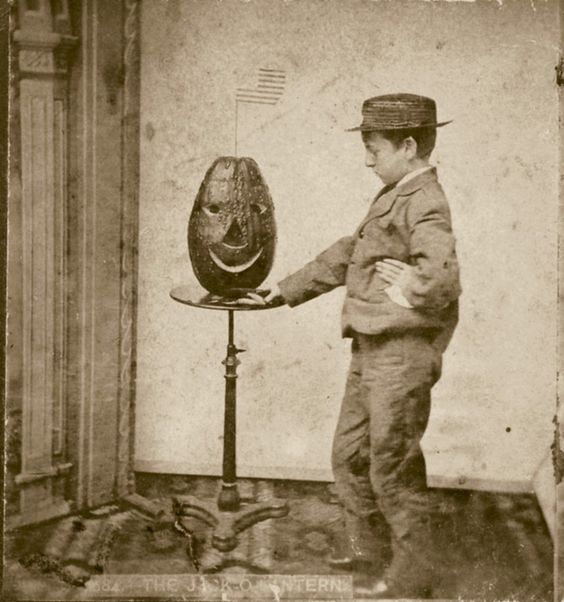 Eventually, around the 1800s, immigrants brought the tradition to America where the native pumpkin was plentiful and much easier to carve than a turnip. This photo is circa 1884! The carvings were very basic and we started to see “less evil” takes on the jack-o-lantern. 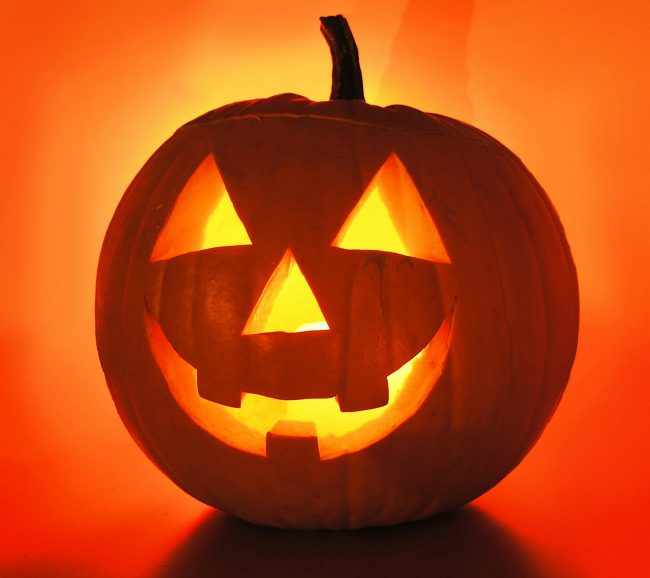 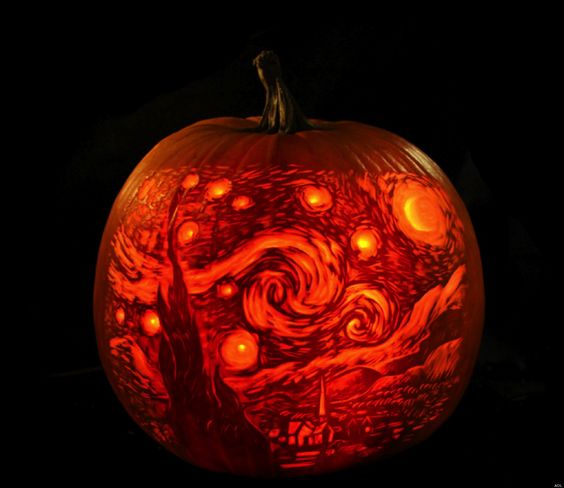 source
Boy, have we come a long way since then!! Look at this replica of Starry Night by Vincent van Gogh. A quick search on Pinterest will produce hundreds of pumpkin carving ideas including carving tool sets (that come with a little saw!), pumpkin carving apps, party planning, and a scary amount of sophisticated patterns and designs! 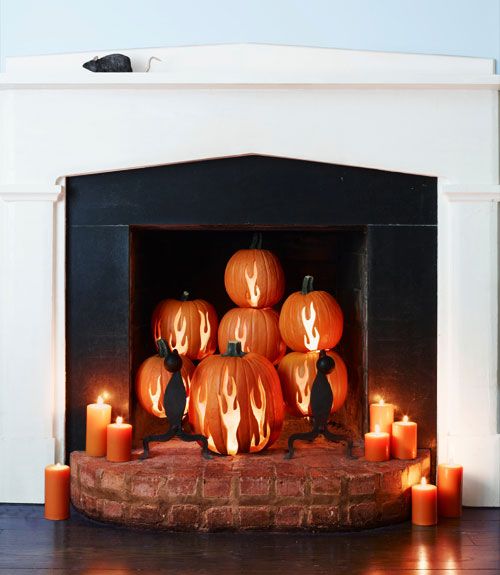 And you know I can’t resist showing you some clever ways to add some pumpkin creativity to your home. The weather in Houston in October is unpredictable, but a little pumpkin glow in the fireplace is always nice! 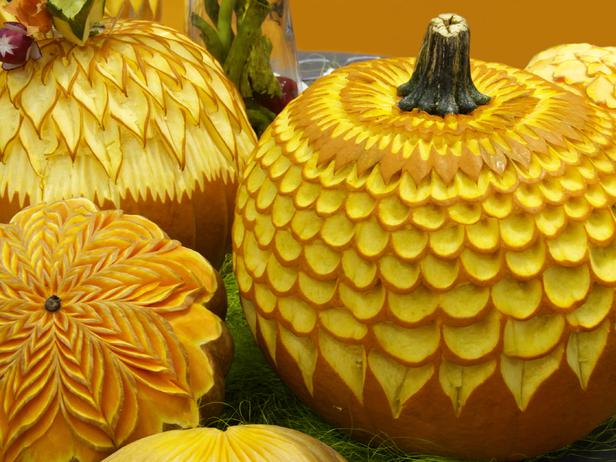 source
These floral-inspired carved pumpkins would add beauty to any garden or tablescape! 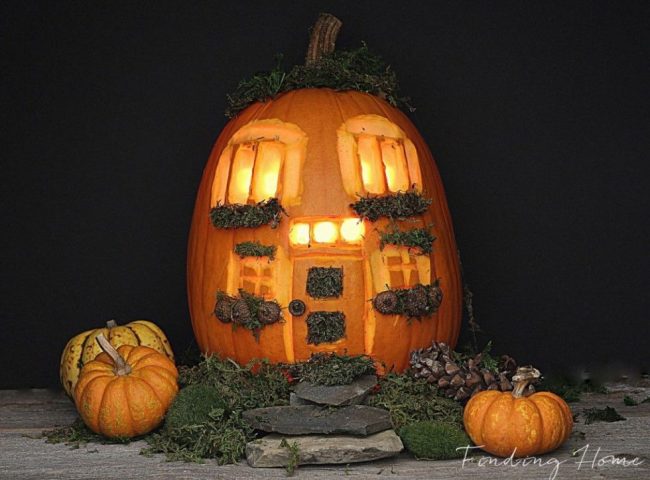 source
Or how about this cleverly-carved house on an entryway table? It says welcome to me!! 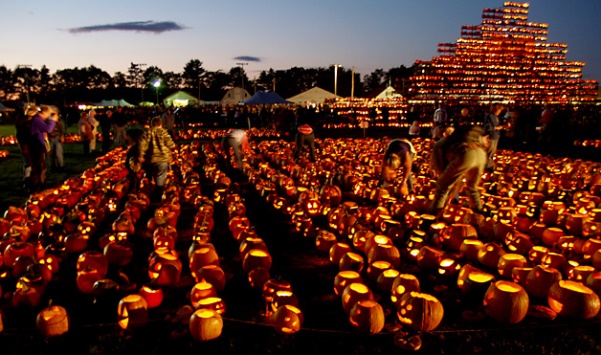 source
Each year at the Keene Pumpkin Festival, residents from Keene, New Hampshire attempt to amass the largest number of lit jack-o’-lanterns in one place, trying to meet or beat the world record. (which they have held for many years) The festival is also referred to as “Let it Shine”! The pumpkin count is generally in the thousands and in 2013, they broke the world record with 30,581. 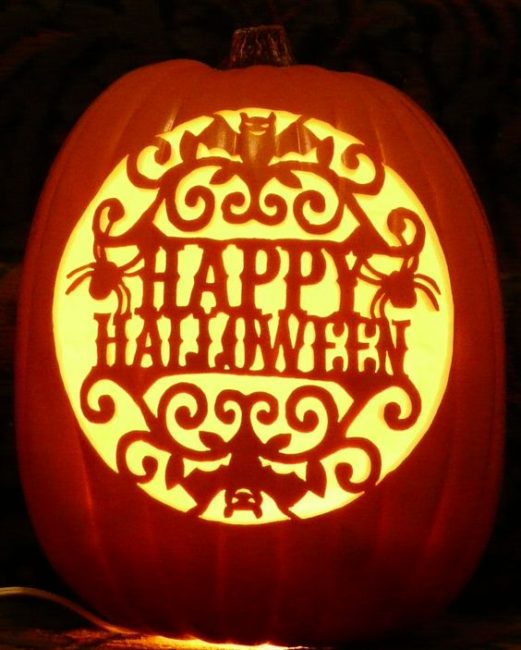 I hope you’ve enjoyed looking at the evolution of the jack-o’-lantern and have a safe and fun holiday!!
Last signing of October!! 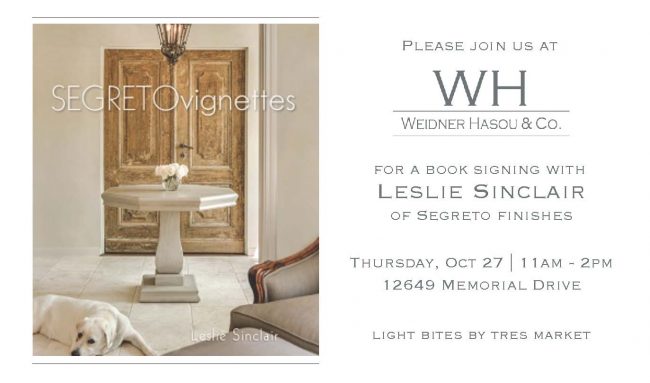 Until next time, have a great week! 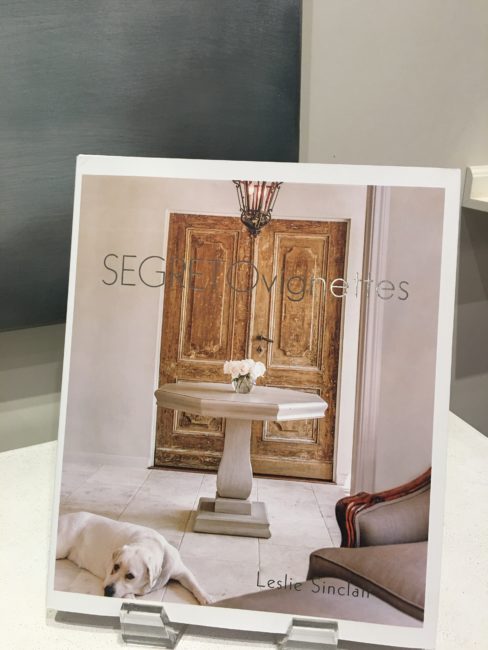 If you are interested in hosting an event or carrying the book  please don’t hesitate to reach out! Email Karly@segretofinishes.com for all inquiries! We love to visit new cities!!!